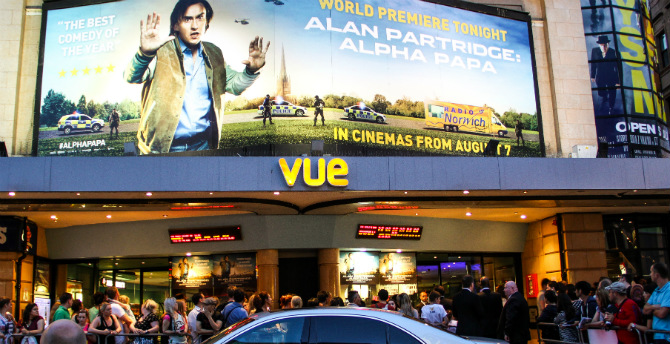 With cinemas closing all over the USA and now in the UK, it appears that film studios are looking to release their films early in the digital marketplace as a way of recouping lost profits. However, it seems obvious that online piracy will make just as much of a dent in these profits as the Covid-19 disease has, and unless the studios ensure a plan of action to combat this is in place, it could be all for nothing.

Universal announced earlier this week that it would be releasing two of its current cinematic releases, The Invisible Man and The Hunt - the latter having only just opened in theatres last week - on VOD from this Friday. Other notable films due for early online release are Emma and Trolls World Tour.

Although this move is understandable, given that these products cost upwards of tens of millions to produce, and the same amount again to advertise for theatrical distribution, we can predict that it is highly likely that as soon as these films are released online for home video rental that they will be pirated and be available for free, for users around the entire world. It's also worth keeping in mind that these VOD releases are rental only, and at $20 a pop, it is even more likely that a great number of users will instead access the films via a pirate site or app, further damaging the films financial future when they become available to buy.

This won't be the first time that a film has been simultaneously released theatrically and online, and in most of those instances, a perfect copy of the film has been available to users across the world, via the vast number of pirate sites and apps that are available, and as always, for free.

As an example, the film Booksmart was released online by Netflix in France, just after the US and UK theatrical release, and instantly a perfect copy of this was available everywhere for free. Booksmart did not do much business theatrically, and although this cannot be fully attributed to the piracy, the availability of a perfect copy for free, worldwide, must have made a significant dent.

With all cinemas closed for the foreseeable future and a significant number of films slated for release currently in distribution limbo, it seems likely that other studios and distributors will look to copy Universal's lead and release these films in the same manner. And alike The Hunt, Emma and The Invisible Man, all of these new releases will inevitably be pirated instantly, and be available immediately, for free.

All the more worrying is the idea that this crisis could in fact kill theatrical distribution altogether, and if VOD is going to be the model going ahead for releasing these hugely expensive movies, distributors need to act fast about how they will deal with the piracy that will follow.

When people have a choice of visiting a cinema or watching a terrible CAM copy of a film, that choice is clearly unbalanced for most, and the cinema wins. But when people have a choice of paying $20 or more to watch a HD digital film online that they could access for free and with relative ease on a great number of sites, platforms and apps, and in the same HD quality, that imbalance becomes level. And with the economic hardship that is very likely to follow this crisis, it is inevitable that piracy will win.

For further information on this subject:

Background about our posts

Here you will find news and articles published by VideoLock as well as blog posts of staff opionion and observations giving insight and perspective from thier skills and experience.

Do you accept our terms and allow cookes to be used to ensure you get the best experience on our website? Learn more